INCUBUS and the HYBRID Part 2

The gig is actually called “The KROQ Almost Acoustic Christmas” and there are eleven bands playing tonight. At the sound-check this afternoon, twelve drum-sets and a hundred tons of amplification are being hustled around the stage by black clad gangs of tattooed roadies. It’s all very professional and good-natured but I still want to run home, rifle through the kid’s toys and see if I can find me some tattoos. Maybe some Polly Pockets or a big Sponge Bob right over my jugular.

The drums and amps are all set up on rolling platforms and it’s a revolving stage so the pace is brisk. As one band runs through its sound-check another is setting up behind it. The stage revolves, the gear is wheeled off in a twinkling and the next crew rolls their stuff on.

When it’s our turn to bat we go straight through two of our songs and are trying to cram in just one more but the stage is turning. We’re still blazing as we rotate out of the hall and into the sunshine outside the Universal Amphitheatre.

When I arrive back at the gig after an afternoon lounge at home, the Rock and Roll party is in full swing. There is a large back-stage area separated into layers of access to the booze, bands and stage. Everybody back-stage gets the booze. It’s a mob of carousing fun lovers with crazy hairdos and loud clothing.

One layer deeper is where the dressing rooms are. Some are large suites; others are small. Once you get into this area, most of the people you see are rock stars. Down the hall, the early playing bands (in the small rooms) are full of after-show swagger. Their doors are open and they are slouching in and out of each other’s rooms exchanging Manna. Closer up are the bands who are still getting ready and the atmosphere is a little more sober.

When I get to our room, INCUBUS are all there. They seem pretty relaxed as we goof around, with about ninety minutes to kill before our moment. There’s a TV monitor in the room so we can watch the show on stage and rate the competition. Sum 41 are there one minute and next it’s a guy with a LOT of tattoos. Then it’s us.

Or rather, then it’s INCUBUS. They depart for the stage to do their own show. We’ll be joining them after a few songs. They look great on stage and have a lot more going on musically than anyone else I’ve seen today. They are an excellent combination of power and poetry.

There is a tunnel under the backstage party area so we can get up to the stage without having to run the gauntlet. After a short wait in the wings, the crew pulls the drapes off my drums and out we walk. As soon as I’m sitting down my hands take over and my horse is charging through the bit and over the fields. Somewhere I can hear Andy and Mike start up the DOO DOO DOO riff and I try to rein it in a little so that Brandon can sing the song.

Next up is MESSAGE IN A BOTTLE, then ROXANNE and then just like that, in a flash, it’s done. Sure, there were a few fender benders. OK, so I played too loud, to fast and too much but shows like this are such a rare treat that I feel no remorse. Catch me at a real concert, on a real tour and you may see some finesse, but this was something else. So shoot me if I had too much fun.

As Andy and I leave the stage and head back, we pass VELVET REVOLVER coming up the tunnel. For some reason we studiously ignore each other. Maybe because Andy and I have post-show swagger and they have pre-show tension. I’ve actually met Duff and Scott at various times in the past and they are good guys.

By the time I get out of the shower the rest of the band are all whooping it up in the dressing room. Everybody is happy. It was a good show and the crowd obviously liked it too. The room quickly fills up with friends and family. On the TV monitor, the show goes on with VELVET REVOLVER in full swing. The sound is down so I can’t hear them but they are raging away. Pity about that hat that Scott is wearing. It gives them kind of a VILLAGE PEOPLE vibe.

The band that I really want to see is GREEN DAY. I lost a bet that I made ten years ago with my niece that they would vaporize after one hit. I had them figured as a McPunk band (which I didn’t hold against them because that’s pretty much what THE POLICE were at first). Well I was wrong. They are still here and I want to know why. So I drag myself away from the party and head out to the auditorium to catch their show from the front. Here’s why they are still here: They write hits, keep it simple and they connect with the audience. They are tight, professional, confident and energized. I’m not about to rush out and buy all their CDs, but I respect this band and I owe Ashley one dollar.

Life is full of rewards and miseries but I’m very happy that shows like this come along every once in a while. To some it may look like Andy and I are clutching on to past glories by playing old hits rather than doing something new. Fact is we are both doing much new stuff. Heck, I have a whole new and unrelated career as a film composer.

Thank you INCUBUS for letting us hitch a ride. 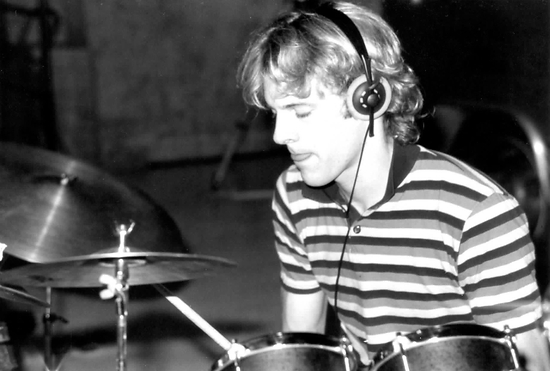